Denver fashion is lucky to have such knowledgeable people in our community as the Denver Art Museum’s Florence Müller, and 5280 Magazine Fashion Editor Georgia Benjou. This week, these two fashion powerhouses were brought together for a workshop through Denver Fashion Week.  Georgia, who also works as a freelance stylist, writer and consultant, moderated the discussion with Florence, who spoke about her work with the museum and reflected on fashion in general.  As a longtime member of the Denver fashion industry myself, I found the discussion to be inspiring and enlightening.

Seven years ago, Florence was first introduced to Denver as an independent curator from France, bringing the acclaimed Yves Saint Laurent exhibit to the DAM (which was, in fact, the exclusive US venue for this show).  The show was an overwhelming success.  Florence attributed that success to the wide range of people, coming from all walks of life in Denver and the greater Rocky Mountain area, who came to see and learn about fashion.  It was clear that fashion sparked an interest in the public here – an indication that the exhibit was on the right track.  In 2015, Florence was bought on in an official, permanent capacity as the DAM’s Avenir Foundation Curator of Textile Art and Fashion.

The Shock Wave exhibit at the Denver Art Museum. Photo by McKenzie Coyle for 303 Magazine.

Shock Wave was the first exhibit that Florence curated from her new DAM curatorial position – a stunning retrospective of groundbreaking Japanese fashion from the 1980s and 90s.  She explained how she reached out to local retail proprietress Cathy Covell from Lawrence Covell to acquire pieces for the show, as Cathy’s store was one of the first in the country to carry several of the designers featured in the exhibit.  Florence and her team sought to integrate their work within the local community, also calling upon fashion-forward boutique Goldyn to host a private opening reception and fashion show in conjunction with the exhibit.

Since these first two (frankly out-of-the-ballpark) exhibits, Florence has hardly taken a break.  She’s been hard at work bringing more top-tier programming to the museum, including The Dior show last year.  During the talk, I learned that there are four more exhibits scheduled in the next few years – the first of which is slated for Sept 2020, yet to be announced.  We will all wait anxiously in anticipation! 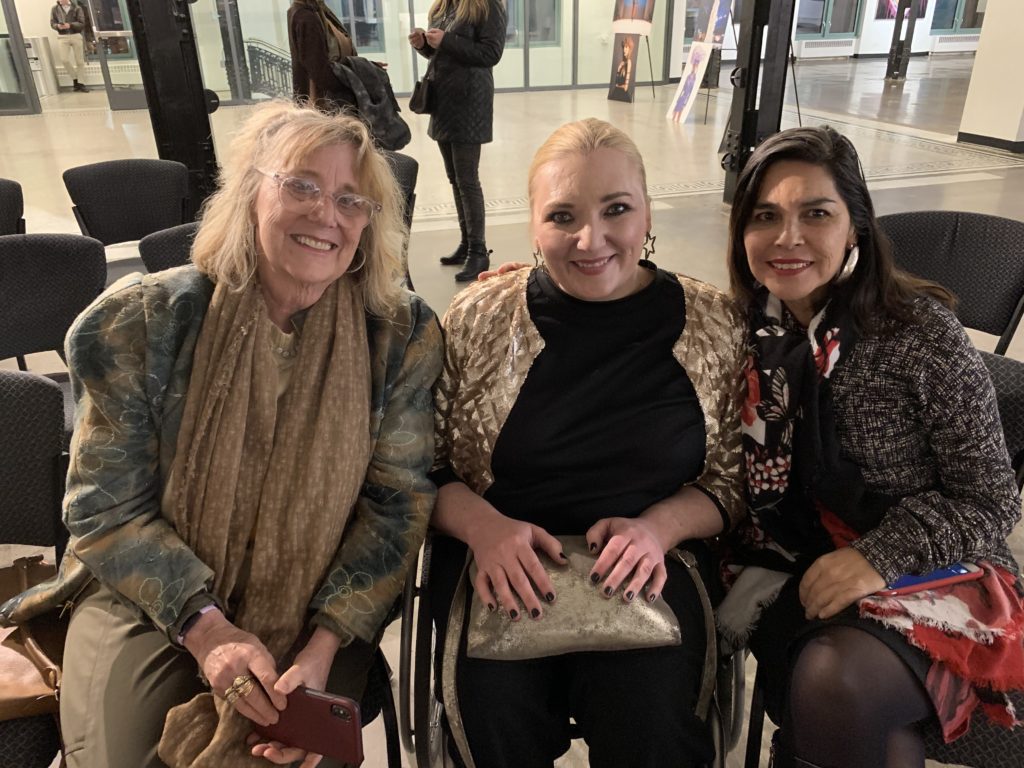 I had the opportunity to chat one-on-one with Florence after her conversation with Georgia that evening.  Knowing her background working with the likes of Chanel, Dior, Gucci and Celine, I was curious to hear about the quality of designer dresses walking the runway in a show.  As a couture designer, I know that whipping up a dress for a runway show can be very trying, requiring many last minute adjustments, as compared to coming up with a custom piece for a client.  I was curious about her knowledge of what the inside of one of these runway confections looked like.  She had a long explanation that spoke to her expertise: essentially that each situation is different, but for the most part, the insides are not completed like a normal couture gown.  Just as I suspected!  There’s an interesting twist however; For this reason, these runway pieces can actually be much more expensive than a finished garment.  Why, you may ask?  Because it is a ‘true’ original gown.  A collector’s piece if you will.  A work of art in-progress where the creator adds last minute touches before it goes down the runway.  Creative freedom by the designer.  Music to my ears! 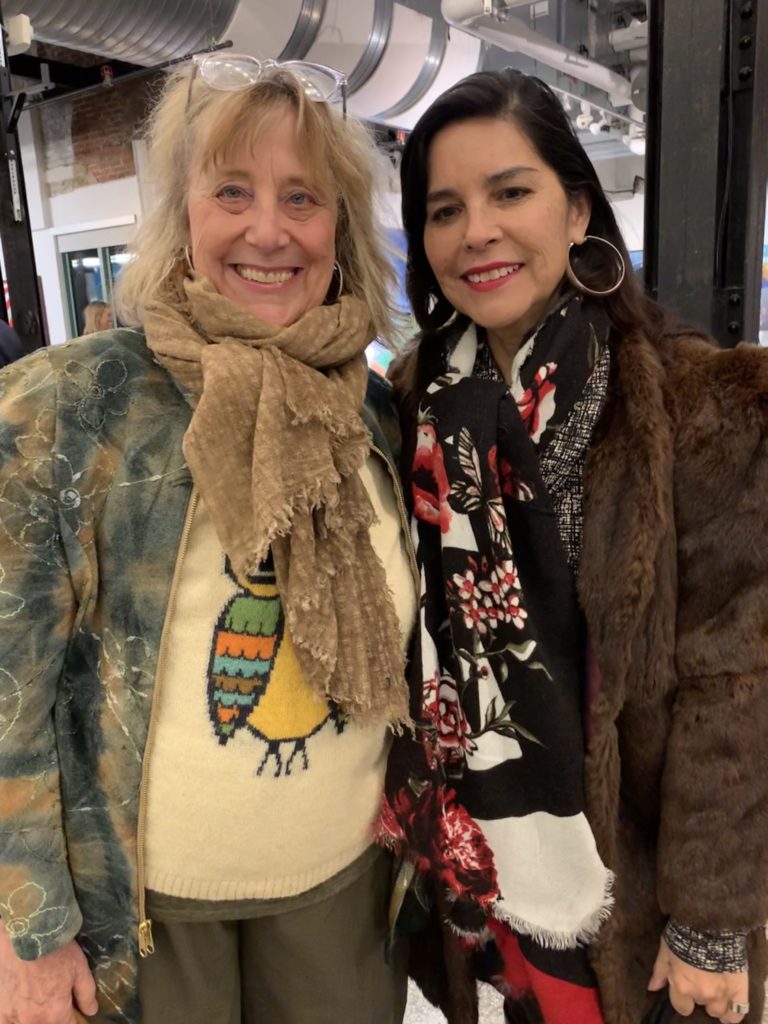 Florence also spoke about the 1980s as being a period of designers’ creative freedom, versus the 1990s where big companies began to rule the destiny of major fashion houses.  Of course, in order to succeed, a design house must make money on their products.  However, as Florence stated, designers were less ruled by the owners of the larger holding companies in the 80s – more free to create their art – whereas now creativity is only part of the big picture.

I could relate to a lot of what she was talking about.  Even though I am a small independent designer, where I am lucky to have creative control over everything, I still need to consider the end result: selling my work.  It’s always a fine line between art and commerce.  This past weekend, I had a related realization while chatting with some CSU students (more on that later), where I said, “I should just try making clothes that I want to wear, as a total experiment to see if they are desirable.”  I’ll be the first to admit I can overthink what I do in order to please the public.  Maybe I’m onto a new direction?  Stay tuned.

Couture fashion is a rare commodity these days.  I’m lucky to have made a career out of it for over 45 years in my beloved City of Denver.  If your next holiday party, wedding or other special occasion calls for standing out in a one-of-a-kind dress, please think of Brooks LTD.  Visit the Contact page of my website and we can schedule a time to sit down and discuss your needs.